Although most of us welcome wildlife into our backyards and rural properties, some types of wild animals are less than desirable - specifically rats and mice.  Although none of us want these pests on our properties, there are many dangers associated with using traditional rat poisons containing ingredients such as brodifacoum, bromadiolone, chlorophacinone, diphacinone, warfarin, or difethialone.

Rodents are an important part of the ecological food web, providing sustenance for many different species of predators.  Photo credit: ©2017 Simon J. Tonge CC BY 3.0)

Rats that have consumed these types of poisons often become lethargic and are easily caught by predators such as owls, bobcats and coyotes.  Unfortunately, these poisons bio-accumulate up the food chain, which causes predators that eat too many poisoned rats to get sick and die.  A recent study by CA Department of Fish and Game found that 79% of San Joaquin kit foxes and 90% of bobcats tested had rat poison in their systems and a study in Great Britain found that one out of every two owls tested positive for rat poison. 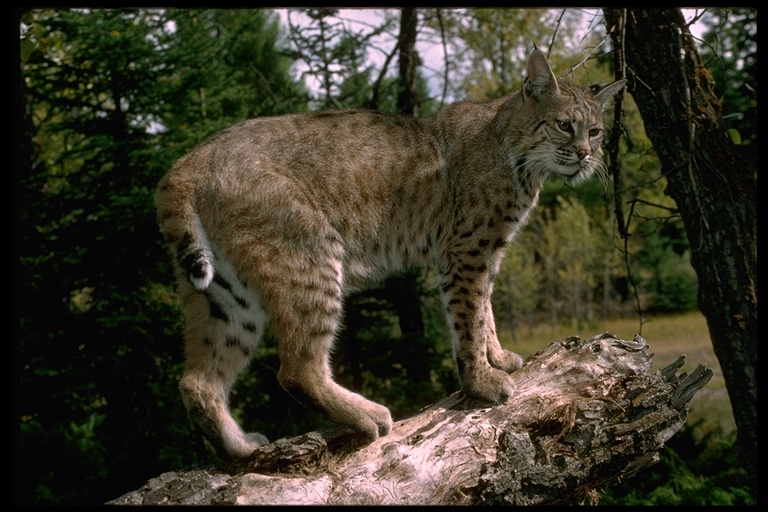 Rodents make up a large part of the bobcat’s diet.  Photo credit: Gerald and Buff Corsi © 1999 California Academy of Sciences.

Thankfully there are non-toxic solutions to rodent problems. One of them is to encourage barn owls to nest on or near your property.  Rats, mice and other rodents make up the bulk of a barn owl’s diet, and a nesting pair of barn owls and their young can eat well over 4,000 rodents a year!

There are several reasons why barn owls are such excellent rodent predators.  Their beautiful white and light brown feathers are specially adapted so that their wings beat silently as they fly through the air.  This allows owls to swoop down upon prey and surprise them. Barn owls’ faces are surrounded by a conical ruff of feathers that functions as a reflector, channeling sound into their ears and allowing them to hear even the soft sound of a tiny rodent scrambling though the grass. Scientists have also found that barn owls have asymmetrical ear openings, which helps them triangulate and pin-point exact locations from which sounds originate.  Studies in completely darkened, sound-proofed rooms have proven that barn owls can successfully hunt by hearing alone.

The barn owl is the most wide-spread species of bird in the world.  They are found on six continents and are the most common owl in Solano County. Barn owls seek out cavities to build their nests, often using holes in trees or cracks in caves.  Since they are very tolerant of human activity, barn owls also nest in man-made structures like barns and silos. 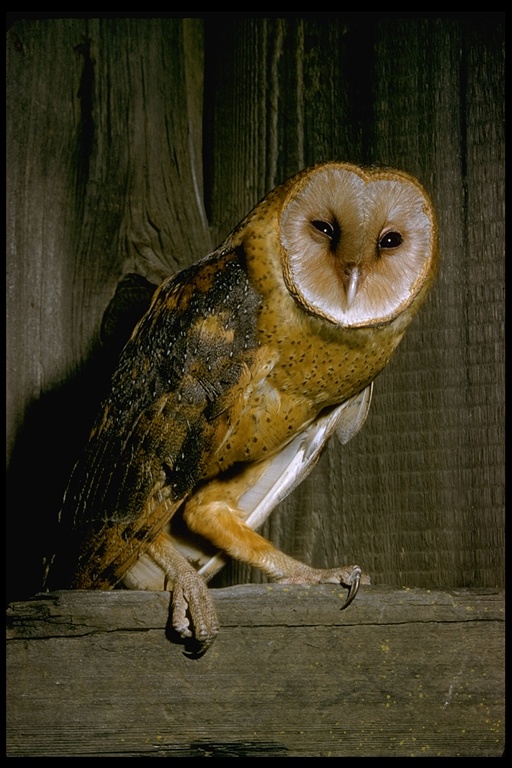 One of the ways you can encourage barn owls to take up residence on your property is to install a barn owl nest box.  Barn owls can be a bit messy, so the best location for a nest box is on a rural or other large property. Click on this link for instructions on how to build and install your own barn owl nest box.

A male barn owl will attract a mate by catching a large number of rodents and collecting them at a prospective nest site.  He will then draw a female’s attention to the site by repeatedly clapping his wings, calling, and flying into the nest.  Once paired, barn owls lay between 4-7 eggs at a time, sometimes raising two or three clutches in a year if rodents are plentiful.  Young owlets are tended to and fed by both parents and are usually able to fly about 60 days after they are born.

Barn owls swallow their prey whole and digest everything except for the bones, teeth and fur.  These left overs are regurgitated back up in the form of a felt-like pellet – one for each rodent eaten.  You will find many pellets underneath a barn owl nest– undeniable proof that barn owls are excellent rodent hunters!

Barn owls are most active at night, and here at Centennial Park you are most likely to see them at dawn or at dusk gliding 10 feet above the open fields seeking out rodents.  You may also hear their calls, which include a hoarse rasping “karr-r-r-rick” as well a variety of clicks, purrs, hisses and chattering.

This information has been provided by the City of Vacaville in partnership with the Solano Resource Conservation District.  It was last updated on May 21, 2020.