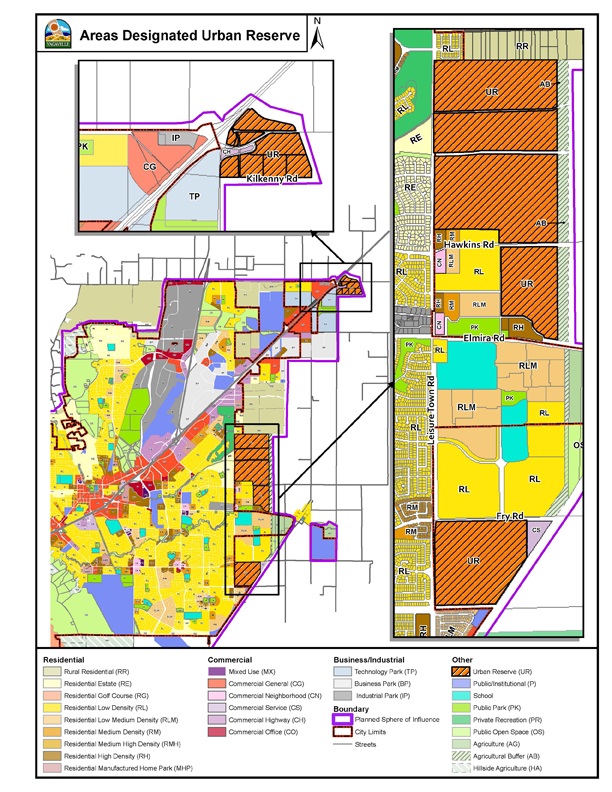 The City of Vacaville Community Development Department has adopted a Land Use & Development Code ordinance regarding Urban Reserves.

The General Plan indicates that consideration of assigning urban land use designations to Urban Reserve lands occur no more often than once every five years. The adopted amendments outline the process to be used in that future review.

The ordinance does NOT change the designation of any urban reserve lands.  It only establishes the process that the City can use every five years to consider making changes.

The adopted resolution changes Vacaville General Plan policies to allow consideration of a future General Plan amendment for the Farm at Alamo Creek future specific plan property that is partially designated Urban Reserve.  The Farm at Alamo Creek property is located east of Leisure Town Road, north of Elmira Road, and south of Hawkins Road.  It is located within the Vacaville Urban Growth Boundary.  The resolution does not change the actual land use designations for the site, nor does it approve or authorize any development or other land use change on the property.

If you have any questions, please contact Barton Brierley at barton.brierley@cityofvacaville.com or 707-449-5361
View Full Site