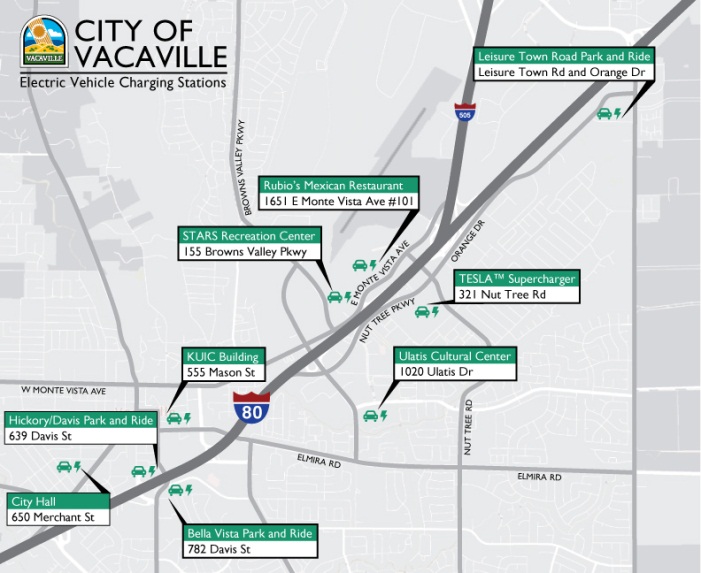 Vacaville has long been committed to alternative energy vehicles, in particular electric vehicles. For many years our City was known as "Voltageville" and has been recognized by many agencies and organizations for our efforts to reduce our carbon footprint as well as promote the use of alternative fuel vehicles. This includes the use of natural gas vehicles.

Ceremonies were held in which a new, quick-charge station was dedicated at the Bella Vista Park and Ride Lot. This new device allows electric vehicle drivers to obtain a full charge of their batteries in less than 30 minutes.

The installation of the Eaton DC Quick Charger grew out of a partnership among a variety of groups, including Mitsubishi Motors, Eaton Corporation, Pacific Gas & Electric, and the City of Vacaville. The quick charger was procured through a grant from the California Air Resources Board.

Vacaville has installed over 45 charging stations, believed to be the most in the nation per capita, along with adding 24 Toyota RAV-4 EVs to its fleet of vehicles. The City has added solar panels to several of its facilities; participated in a natural gas vehicle incentive program; and converted its transit system busses from diesel to natural gas.