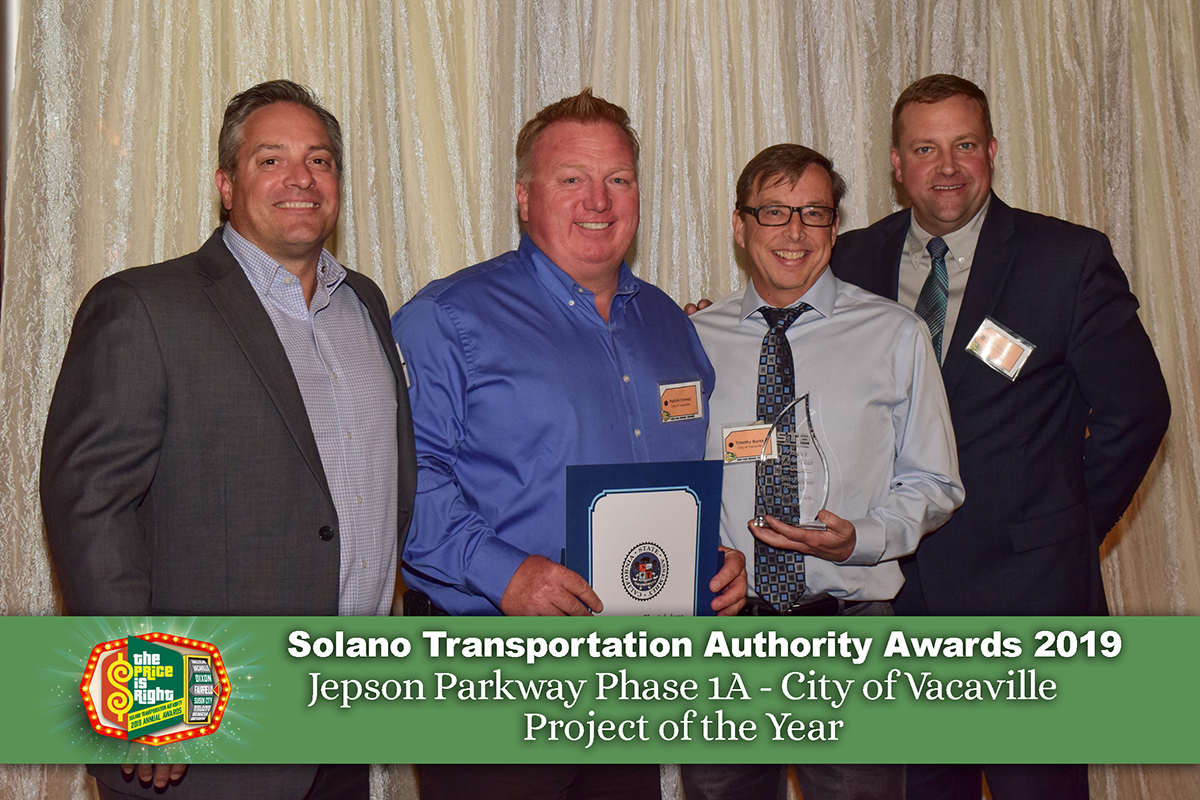 Left to Right:  Tracy Rideout, Pat Kinney and Tim Burke accept the 2019 Project of the Year Award, which was presented by Vacaville’s Mayor Ron Rowlett

The Public Works Engineering Services Group was recognized at the 2019 Annual Solano Transportation Authority Awards Ceremony where they were awarded the Project of the Year award for 2019.  The award was in recognition of their design, construction and project management efforts in delivering Phase 1A of the $28 Million Jepson Parkway Project.  This project was designed and administered using in-house City of Vacaville Public Works staff, and was delivered 6 months ahead of schedule and under the allocated budget.