The City of Vacaville is asking residents to be aware that late spring and early summer are times of high activity for rattlesnakes in our area. In recent years some residents - as well as their pets - have been bitten by rattlesnakes. 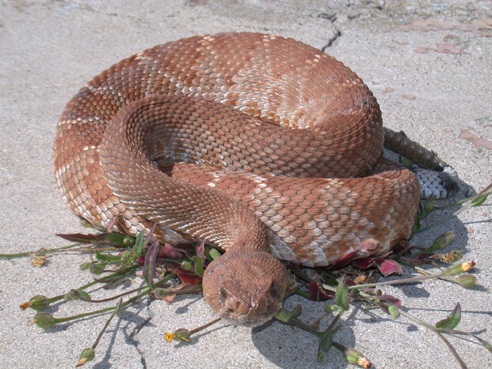 According to the California Department of Fish and Wildlife, rattlesnakes, while generally not aggressive, strike when threatened or deliberately provoked, but given room they will retreat. Most snake bites occur when a rattlesnake is handled or accidentally touched by someone walking or climbing. The majority of snakebites occur on the hands, feet and ankles.

Rattlesnakes can cause serious injury to humans on rare occasions. The California Poison Control Center notes that rattlesnakes account for more than 800 bites each year with one to two deaths. Most bites occur between the months of April and October when snakes and humans are most active outdoors. About 25 percent of the bites are “dry,” meaning no venom was injected, but the bites still require medical treatment.

Rattlesnakes are not confined to rural areas. They have been found near urban areas, in river or lakeside parks, and at golf courses. Be aware that startled rattlesnakes may not rattle before striking defensively. There are several safety measures that can be taken to reduce the likelihood of startling a rattlesnake.

Though uncommon, rattlesnake bites do occur, so have a plan in place for responding to any situation. Carry a portable phone, hike with a companion who can assist in an emergency, and make sure that family or friends know where you are going and when you will be checking in.

The first thing to do if bitten is to stay calm. Generally, the most serious effect of a rattlesnake bite to an adult is local tissue damage which needs to be treated. Children, because they are smaller, are in more danger if they are bitten.

Get to a doctor as soon as possible, but stay calm. Frenetic, high-speed driving places the victim at greater risk of an accident and increased heart rate. If the doctor is more than 30 minutes away, keep the bite below the heart, and then try to get to the doctor as quickly as possible.

For more info on rattlesnakes and snake bites, click here.

For more links and information on rattlesnakes, click here. 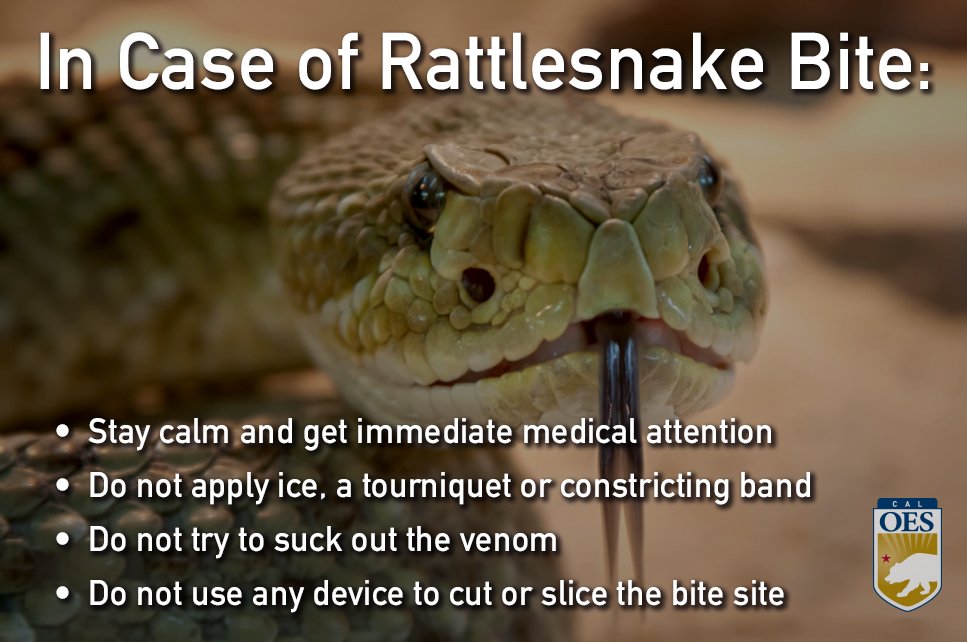